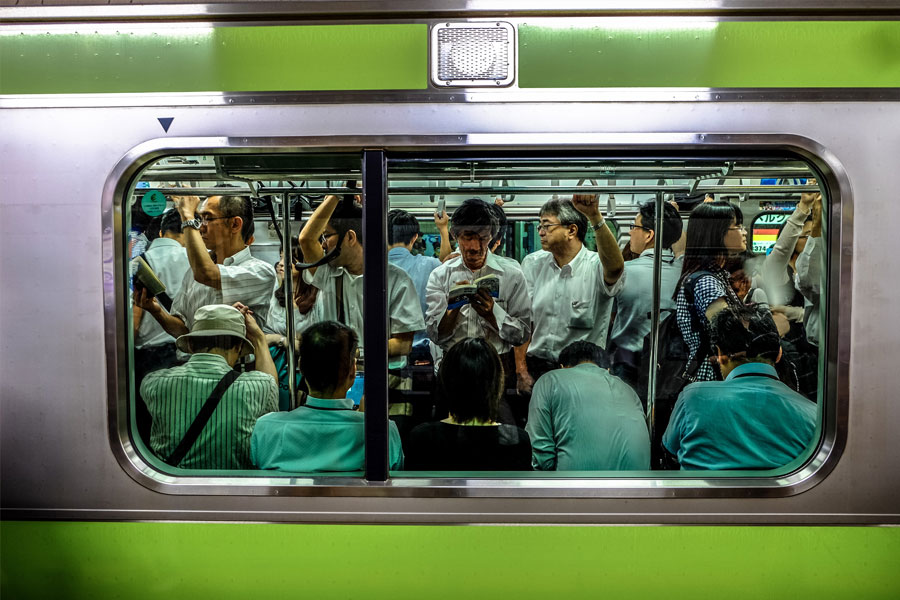 We now have six months experience of enforced home working for almost half the working population of the UK (In April 2020, 46.6% of people in employment did some work at home according to the ONS). And it now looks like we are in for another six months. This is no longer a temporary diversion from office based work, it’s now becoming the norm and has raised fundamental questions about why we need to gather together in order to perform many of the jobs in a modern economy.

Our working habits have hardly changed since the Industrial Revolution brought people from the fields and villages into the factories and cities. People were crammed together because the only way they could get the job done was to be collocated. The modern office became the paper-based factory of the 20th Century with people still in the same building for practical reasons. But we are now in the 21st Century and it’s about time we reviewed some outdated working practices.

Who in their right mind would choose to spend an hour and a half travelling into a city centre to sit at a desk all day at a computer screen communicating electronically with their colleagues and rest of the world? That’s 15 hours a week of unnecessary, stressful, expensive travel contributing to global warming and urban pollution. Working from home could give half of that to the employer (equivalent to an extra day of work) and half to the employee (an extra day of leisure). Even if home is not suitable for work, a local workplace would still make more sense. It’s taken a pandemic to stop us in our tracks and take an objective look at our behaviour, pointing out how ridiculous it is.

Before the lockdown many managers would not allow their employees to work from home except in exceptional circumstances. It was seen as something done by people who were not committed to the organisation, possibly because they were putting their families first, and they obviously couldn’t be as productive as the loyal staff who were coming into the workplace each day. The norm was clearly people sitting at desks in an office and the exception was people working from home. That’s the way things have been for the last 200 years so just because we have the ability to do work remotely, why make a change?

If in February anyone had suggested a mass experiment with home working for six months they would have been seen as mad. Now it’s been forced on us it turns out it’s not that mad after all. In fact it’s pointed out how crazy our old pattern of work had become, continuing with industrial age practices in the information age. The new patterns of work have been around long enough now for us to take a serious look at the benefits and problems that have arisen.

There are many surveys showing that employees say they have been more productive working from home, not just because they haven’t had to waste time commuting. Employers too are reporting success. The latest report from the CIPD “Embedding new ways of working” shows that 37% of employers say there has been no impact on productivity whilst an equal number (28%) saying it has either increased or decreased productivity. This was of course during a period when home working was forced on employees at the same time that they were socially isolated and saddled with child care and home education. Now schools are back some of the home distractions have reduced, productivity is likely to increase.

What this proves has nothing to do with working at home. For many people the home is not set up for working quietly with good technology and an ergonomic workstation. What it has proved is that given autonomy over their working patterns, employees have found ways to get the job done, despite adversity. They have responded positively to being trusted to get on with their work and fit it around their domestic priorities. They have been asked to produce results and not just clock in and out at the workplace. They have responded to the spirit of collaboration engendered by the fight against the virus.

Every HR professional learns about motivational theory as part of their education, so it should be no surprise to them that people respond positively to trust and empowerment. But HR still is seen as the function that sets and enforces policies that restrict the freedom of employees in case they make mistakes. They have disciplinary procedures for people who don’t turn up on time and strict rules about when and where to work. Yet it’s taken a pandemic to show that if you treat people like adults, they act like adults. If you can’t check up on people because they, and you, have been forced to work from home they get on with their work anyway.

As long as the virus is around there is no need to expose people to it unnecessarily, so even if the government guidance shifts back to encouraging commuters into the city centre there’s no good reason for employers to bring their staff back. It’s easy for HR advisers to hide behind the government guidelines and continue to allow people to work from home for now. But what happens when the guidance changes? It’s interesting to note that whatever the government said, the advice from the HR professional institute, the CIPD, didn’t change. The first question you should ask before anyone comes back into the office is “Is it essential?”. The CIPD says “If people can continue to work from home employers should at least consider continuing to do that for the foreseeable future.”

Now is the time for HR to stand up and be counted. The profession has been talking about empowerment, engagement and ‘good work’ for a while. Much to the surprise of many line managers, the last six months have shown that compassion and consideration are more effective than control and discipline in getting the best out of people. No self-respecting HR professional should be associated with any pressure, direct or indirect, forcing staff to come into the office for anything other than an emergency whist the virus is still at large. Once conditions improve and the government says people should “go back to work” we will be back to the situation in August where the risk was reduced but the virus was still as deadly as ever. At this stage HR has a simple choice. They either give in to pressure from line managers to get people back in or they explain why continuing with working from home makes sense.

Many organisations are still hoping to get back to ‘normal’ with everyone working together in the same place again when they can. But that ignores the evidence that for many people that’s not the best place to work. For some home is ideal, for others the office is best. Some activities are still performed best face-to-face but many can now be performed at a distance with the help of technology. Work should be done where it is most effective and employees are most productive when they are able to choose how to get the job done. So why not give people the choice of where to work? They are adults and understand their personal circumstances and have proved during the lockdown that they can be trusted.

Many managers will be reluctant to let go and give their staff the freedom to decide where to work. They may feel threatened by the fact that their employees have worked very happily without needing their supervision and are keen to gather their team around them again to justify their existence. Some will have adjusted to setting objectives, measuring results and leaving the employee to choose how to get the job done. Others will still be checking up every day that people are not slacking because they can’t be trusted to work on their own.

So where does this put the HR advisors? Should they be supporting the push to get staff back in the office when possible or should they be taking a fresh look at how to get work done most effectively? The great home working experiment has proved what the management gurus have been saying for years. A culture of trust, where employees have autonomy and a sense of purpose, will result in a highly engaged and productive workforce. Covid19 has forced us all to rethink our assumptions about work and challenged our complacent view of what is normal. It has provided HR with a unique opportunity to be true business partners and bring management practices into the 21st century. It would be a shame to see this opportunity wasted.