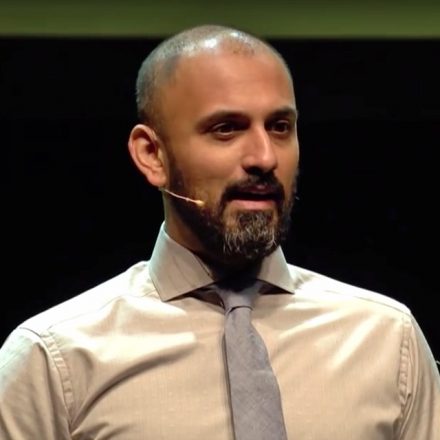 Q&A with a Director of Engineering at Twitter: Ibrahim Bashir

Ibrahim Bashir is a Director of Engineering at Twitter based in San Francisco, where he leads a technical PM group. Previously, he was in charge of the launching new Kindle devices at Amazon, including the Kindle Fire tablet line. I met with him in Zurich at a business coaching workshop hosted by the WORLDWEBFORUM, Switzerland’s premier business conference, for a Q&A session where we talked about disruption by new technologies, company culture and leadership in the digital age.

At the WORLDWEBFORUM you gave a talk on the billion dollar company culture. What does it take to build it?
The most important part of it is to have a diverse team that is obsessed with customer satisfaction, takes a long-term view of things and isn’t afraid to fail. In fact, it should be ingrained in the DNA of the company that failure is just a type of learning. This implicit understanding sets off a self-perpetuating cycle that allows people to take risks, make bets, and build on them.

What makes for a successful leader in a technology company?
There are several defining elements, and my favorites are the following: having a bias for action, using data to drive decision-making and being frugal, which is the ability to operate with constraints. Someone who is frugal is capable of thriving with only 5 engineers, as opposed to someone who will ask for 15. I strive to hire people like this, to whom you give a set of constraints and who just get things done.

In Europe, you hire much more for the skill sets than for values or cultural fit…
In my workshop, I talked a lot about the fact we have a core set of competencies that we look for in prospects for our team, which can be summarized in two points. The first one is the core technical skill set, and the second one is the ability to get things done. This ability is demonstrated through self-motivation and whether you have the ability to tie tactics to strategy, work well with others, can communicate clearly and have executive presence. I would rather hire somebody who tends to get things done with suboptimal technical skills, as those skills can be taught internally through training. In the end, you will anyways need to train people because they outgrow their current job eventually.

What is the development in tech that excites you the most as an engineer?
I’m not excited by technology in and of itself, but the thing that energizes me is that we are now starting to see the first engineering-literate generation. Right now, we hire more classical computer science graduates than self-taught people, but this is changing. Just like our generation has learned how to read and to write, this younger generation has learned how to code. They do not see it as a skill they have to learn but as something innate. In the US, we call this skill set STEM (Science, Technology, Engineering, Math). They have learned how to model things and create software. When everyone knows how software works, we will see the next generation of technology. I’m also interested in the education sector being disrupted. People have free tools and online classes to get the equivalent amount of formal training nowadays – this is going to force the traditional educational enterprise to revisit what value they bring.

This past year business executives at the WORLDWEBFORUM were very concerned with the impact of the fourth industrial revolution on our economy. Do you think technology is going to reshape society in such a way that we will have fewer jobs in the future?
I would not be that black and white. One door closes, another one opens. There will be some jobs which will be automated, but then there will be a whole new class of jobs which will be created. For people who understand this transition, are willing to evolve their skillset, and are enterprising, a lot of new opportunities will open up. I recently started reading a TED book about how we will live on Mars. The current advances in technology, aerospace engineering, agriculture, and human genetic modification could basically enable humans to live there within our lifespan. It sounds unbelievable, but if on the one hand there will be fewer jobs for taxi drivers on earth, on the other hand, if you’re enterprising and want to learn, you could be driving a taxi on Mars. One door closes, another one opens, but you have to be receptive to new opportunities… this has always been the case throughout human history.

This post is part of a Q&A series with leading digital shapers produced in cooperation with the WORLDWEBFORUM in recognition of their efforts to connect business and technology leaders from the Silicon Valley with Europe and Switzerland. For nearly half a decade, the WORLDWEBFORUM has succeeded in gathering some of the world’s greatest technology leaders and business executives, from Apple’s Steve Wozniak and John Sculley to Hyperloop’s Dirk Ahlborn and Atlassian’s Jay Simons. In 2017 they will welcome Pixar Cofounder and President Ed Catmull and Sir Tim Berners-Lee, inventor of the worldwide web (WWW). Follow them on @worldwebforum. Tickets are currently on sale.