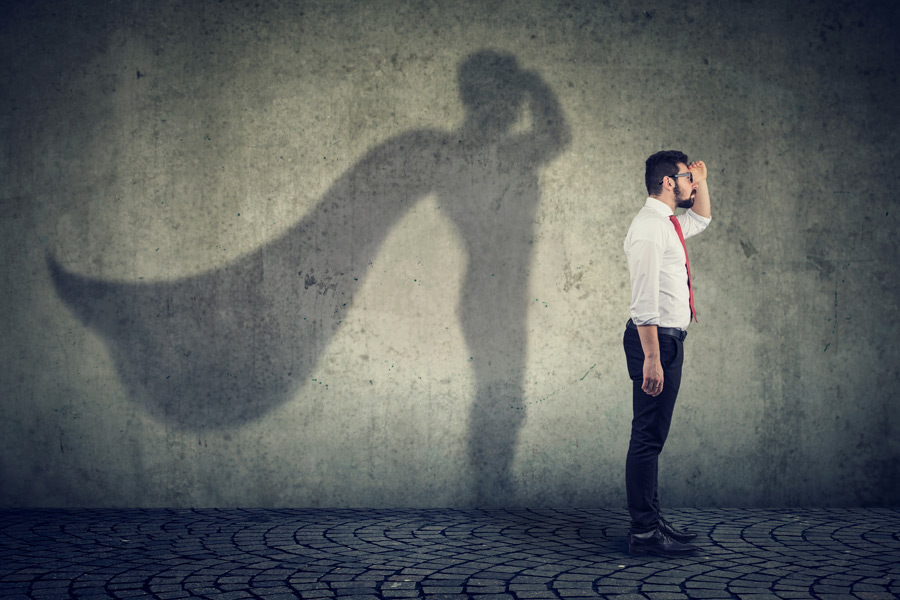 Most organizations face similar problems – how to deliver an efficient business today while at the same time, working on innovative ideas to deliver a secure tomorrow – all with the same resources. How is this supposed to work? And many organizations are still struggling with functional silos, where hierarchy and egos drive behaviours, yet they expect teamwork to prosper. How is this supposed to happen?

The solution described in this article is to improve cooperation at all levels. It makes the dreaded silo thinking obsolete and creates thinking spaces in which both efficiency and innovation have their place. Really good cooperation only works on the basis of trust, which in turn can only be created in a culture of respect and appreciation. This cannot be commanded and cannot simply be bought. It is about a fundamental change of attitude in management towards a consistent people orientation.

During the COVID-19 crisis with the demand for ‘physical distancing’ we found out that the approach not only is applicable in the virtual world, but it seems to have the potential (or be the vehicle) to truly activate our human potential in a way that we couldn’t do in the real world before.

The article makes it clear that in order to achieve this we must leave the comfort zone of traditional hierarchies and learn to trust in the power of human cooperation. If this cooperation can be built on a solid foundation of shared values, we will quickly see the added value of human potential over the best algorithms. It is time for a humanization of the workplace.

How come when we talk about the one thing that makes all the difference in our businesses we talk about mindsets, emotions, passion, identity, purpose? The human factors, as we say.

And how come when we share thoughts about transforming our businesses and our business schools into a better future state, we return to talking about high levels of engagement and embracing change as crucial for the success of all our plans?  Because we know they are essential to business success.

But then, when we begin to actually do something, we stop talking about anything human and focus almost all our attention on strategy, organisation, processes, technology, numbers, KPIs, project plans, and communication programmes.

Basically, we talk about everything except what we talked about before we got down to work.

While we are putting these questions on the table, let’s not forget to talk about teams, in which much of the work of a corporation gets done.  Teams have their own dynamics, their own mindsets, emotions, passion, identity and purpose.

Teams come and go more readily than individuals or corporations.[1] But we don’t make the room; we don’t take the time. We surely do not develop the capability to address human factors as teams form and disband and new ones emerge.

This gap can only contribute to the disconnect between talking and doing. And when a disconnect is finally recognised, when a project fails or a team does not achieve its potential or a transformation is stymied, the response is “Oh , we forgot about the people”.

So, all we have to do is to remember that the human factor  is the most crucial factor in the success of anything we want to do that is different from what we do now. It is the intrinsic element that makes all the rest come alive .

So, all you have to do is invest at least as much effort into activating the collective human factor as you would into the rest of that stuff. That means putting time and attention and money into innovative frameworks and tools.

And, yes, there is much new thinking around the empowering of teams: from lean to agile and from design thinking to holacracy. So many forms of people-empowering ideas, processes, organisational structures and even brand-new variants of self-managed teams have cropped up around the world. All to address exactly this missing factor.

And the greatest examples such as Zappos in the US, Buurtzorg in the Netherlands and Semco in Brazil, organisations that grew into these newly empowered forms of leadership. But for some reason every attempt to emulate and transfer these forms into other organisations struggles tremendously in the transformational challenge. They get stuck between the old and the new and cannot seem to find a way to scale them to the future state they are striving for.

Imagine if the reason it hasn’t been working is that there actually isn’t any way for an individual leader to turn on the collective potential of a group. There never has and there never will. So no matter how much you inspire, train, coach or guide, command or plead or beg, you can never truly activate and unleash the group potential in the room. Actually, the more you try to do any of that, the worse it gets.

There is not a skill or a competence that you can acquire that allows you to do so. There’s not a school in the world you can go to that can show you how. And there isn’t a guru on the planet that can meditate you into a state that makes it possible. There isn’t even a specific leadership style or model (of so many out there) that actually allows you to do it.

The inability to transform traditional leadership models in such a way that they also function in structures that involve the unfolding of human potential has also led to a rethink in science.

Relevant areas of leadership research have therefore been dealing with followership concepts for some time now. The point is no longer to focus on one leader (the lonely leader at the top), but on people (co-operation across traditional boundaries). The scientists distinguish between passive followers (workers) and active followers (co-creators) and try to figure out how a development from passive to active followers can be effectively supported.[2]

What is crucial is the connection between the “Need to Produce” and the “Need to Innovate”, or in other words: meeting the following three requirements: to do the right things; to do the things right; and to achieve a high speed in adapting to changing conditions.

One approach to changing patterns of interaction across the organisation in order to meet these three requirements was developed by two authors, Patrick and Matthias, along with their colleague Sybille Sachs.

It combines the lessons learned from good team-building approaches with the concepts of trust-based management and positive leadership. In essence it relies on developing new work practices in order to achieve a sustainable level of shared values consistent with organisational purpose. They have described it as a way of  “developing mutually viable solutions” which overcome the limitations of classic leadership practices and go beyond into the field of purpose-driven followership.[3]

They are not the only ones to champion the importance of shared values, of course. It has been reflected in the research of Stephanie J Creary, Brianna Barker Caza and Laura Morgan Roberts[4], who claim that only if the partners of a co-operation can successfully agree not only on the work but also on the values they share, can value be co-created and psychological safety[5] be increased.

If there were a vehicle, tool, instrument, framework or approach that when utilised would truly activate and unleash all of the collective potential in the room, it would turn on that human factor to its highest quality and would allow the strength and intelligence and deepness of who we are to fully unfold.

Then we would have a game changer big enough to change everything in leadership we have ever believed in. It would mean that followers do not need leaders as much as we always thought; and it would confirm that ego-leaders in the room actually get in the way of this potential every day.

But what this really means is that we could all stay just the way we are and we would not need to bend and twist ourselves into someone we are not.

Boom! Then we will have finally discovered a form of leadership so far beyond everything we have known and loved that it would truly redefine the whole world we live in and turn it upside down.

But we could finally stop trying to be someone we’re not, and just be who we are and know that that is good enough. And then we would join our friends in that collective vehicle of activated goodness and go out there and be the very best we could ever be. Every single day. And we would never forget that human factor again.

[1] Charles Duhigg ‘What Google learned from its quest to build the perfect team’, NY Times, The Work Issue: Reimagining the Office, 25. February 2016, Ch. 1