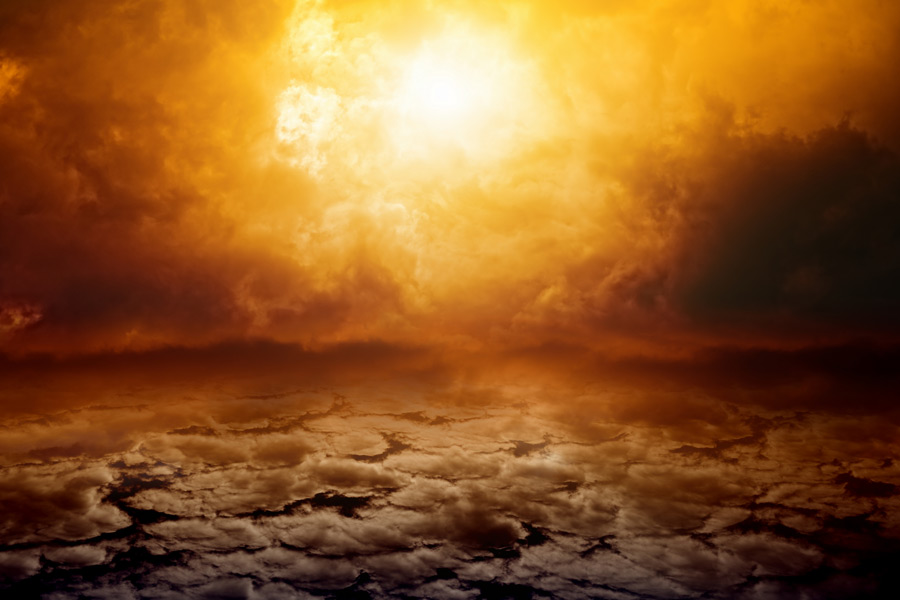 ‘Leadership for a better future’ is the title for this series of articles and is clearly apposite if we are to emerge from the pandemic stronger and with greater purpose. Whatever the ‘new normal’ is, it demands an inclusive leadership to help people regain belief that there can be a bright future.

This article talks to where leadership is failing, highlights the lack of concern that too many leaders have for their wider stakeholders and describes the growing levels of discontent among employees. Now, Covid19 is totally changing the working landscape. Already we are seeing examples of leaders showing great empathy for their employees in these difficult times – and others who are effectively saying ‘screw you’ to employees and suppliers. Many more employees are experiencing remote working for the first time, yet still demonstrating their ability to deliver. They will not respond well to reverting to close supervision.

Few companies will emerge from this totally unscathed. There will be leaders who see any kind of crisis or recession as an opportunity to abuse their power – that command and controlled approach will draw the energy from the organisation. The organisations that prosper will be those whose leaders have learnt lessons from this crisis – that there are other and better ways and who focus on re-engaging with their employees, suppliers and customers. They know that they need to have both ‘hearts and minds’ supporting them. Only in this way will they ever be able to satisfy their shareholders.

The articles that follow over the coming weeks from other FWF partners will cover a range of essential leadership roles that we believe provide direction for leaders as they search for answers to the current crisis and for a ‘better future’.

Capitalism is believed to be the system that best provides the wealth necessary to lift the standard of living for all people. Yet in the developed world, it is far from delivering on this promise and its standing is the lowest it has been for over 50 years.

Blame can be attributed in a number of directions; one is obviously politicians. However, I believe the populist politicians we seem to be getting recently are often the electorate’s response to the excesses and self-serving they see practised by leaders in the corporate world.

What’s happening to cause this discontent?

There are many causes. Probably the most significant is that, in the developed world, people’s standard of living is still below, or at best flat, with the level in 2007.

“The lost decade”, as it has become known – though now well into its 12th year– has generated huge feelings of dissatisfaction and resentment. The squeeze on pay levels has also significantly increased the number of  “working poor” across the EU – people who have work but where pay levels, or hours available, are insufficient to provide a decent family income.

Meanwhile corporate profits and CEO and executive pay levels have continued to advance far faster. While governments may have provided the immediate bail-out funds that kept banks afloat, most people believe that it has been themselves who have been the only sufferers. Throw in governments’ cuts to services, the raising of pensionable ages and the discontent should not surprise you.

For those of you too young to remember, it’s worth drawing the comparison to 50 years ago. Then we had protests against perceived injustices, civil rights in the US; the anti-capitalism protests in France and other countries; and anti-socialist protests – ever where people felt the injustices taking place were not being addressed.

Now we have not dissimilar levels of frustration and anger. We have the Extinction Rebellion; climate change protests; Hong Kong; the rise of populism in its different forms as people reject the status quo as  “not working for me”; Brexit in the UK and the frustrations of people who felt their concerns were ignored; the gilet jaunes  in France, which morphed from fuel protests into a general grievance of felt injustices. Not that different to 1968?

In 2016, a Mckinsey report referred to people in advanced economies who knew their situation had not been improving and didn’t see that changing. This group, McKinsey suggested, is where social unrest would show itself – all driven by feelings of being left behind, of inequality and a system that does not work for them, and does not care for them. And in the US, a recent Gallup survey showed that 51% of 18-29-year olds viewed socialism positively (assuming they understood what it actually means).

Now I don’t think that system change is likely (although that is probably what various monarchs were thinking just before their demise). But I do know that capitalism as currently practised is not delivering for the vast majority of developed populations.

While governments clearly have a role to play, most appear unable or unwilling to address the issues and tackle the abuses. That void needs to be filled and since many of the issues fall at our doors – business people, shareholders, educators, influencers –it is our responsibility to address them.

If we are to regain belief, goodwill and support for the system, a new cohort of leaders are key to restoring people’s belief that companies (capitalism) are (is) a force for good. What is needed are leaders who are capable of recognising the legitimate needs of all stakeholders, not just shareholders.

If you want further proof of our failings, just take the continuing slew of company scandals. Corporate  leaders are  perceived as out only for themselves, feathering their and shareholders’ nests at our expense.

A YouGov  report in September 2015  across seven countries for the Legatum Institute, found that only 10% of participants thought that big business was clean and most believed they achieved success by cheating and polluting.

It is hardly likely to have improved as the scandals keep coming. Everyone has their own list but Volkswagen, Uber, Google, Apple, Facebook, Kobe Steel  Carlos Ghosn, #MeToo, money laundering, rate fixing, the UK’s PPI* mis-selling, all come too easily to mind.

What adds fuel to the fire of inequity are the egregious levels of CEO pay that are apparent and reported by a press that is happy to fan the flames.

Though I doubt that many employees read the details, it is clear that CEO and other executive pay is rising much faster than employees’ pay. The level of disclosure means that this data is now happily feasted on by the media along with a number of shareholder action groups who are challenging executive pay levels. No wonder companies are fighting the ever-increasing levels of disclosure – but they’re happening because of the abuses that are taking place.

Adding to the sense of injustice and disbelief that anybody cares is the impact on employees of the so-called Digital Revolution. Clearly, any expectations of this making our lives easier has been well laid to rest. All the  “revolution” has brought is our 24/7 accessibility.

We are always on-call and expected to be so. Bosses ensure that we are not slacking when we cannot be seen by demanding our undivided attention 24 hours a day, seven days a week, at the drop of a text or email.

We see the effects of this 24/7 life in many worrying ways – most of all in our  and our children’s health. The World Health Organisation states that  stress is the health epidemic of the 20th Century and is costing US businesses over $300billion a year. And the EU, in a 2015, report stated that the cost of workplace depression was €510 billion a year. What are we doing to ourselves – or are others doing to us?

What is worse is that we’re passing this curse onto our children. The WHO says that in Europe  “there is a high and increasing rate of mental and behavioural health problems in adolescents” and in both Europe and the US the rates of mental health problems are rising fastest in this group.

There are clearly a number of factors at play here, including the effects of social media; but parents who are 24/7 adhered to their phones and pcs, cannot absolve themselves. As the WHO puts it  “supportive parenting, a secure home life and a positive learning environment in school are key factors in building and protecting mental health”.

No wonder that 18-29 year-olds in the US are turning to socialism, they are seeing the effect capitalism is having on their parents.

And, just when you thought  “well this is as bad as it gets”  now the speculation is over the number of jobs that will likely be replaced by either the Internet of Things or AI. We see articles every day telling us which jobs are likely to go, all of which does nothing to alleviate the fears that the future is bleak.

What we do know is that companies will just wield the axe when the opportunity presents itself, without hesitation. We don’t just know on whom and when.

Enough is enough; we all (should) know we’ve more than reached the tipping point. Current leadership pays lip-service to ethics. Their only concerns appear to be shareholders and the minimum necessary to hold on to customers and employees.

What do we need? Leaders who are above all both ethical and moral and who will insist on these standards across all their employees – and suppliers. In this they are transparent, inclusive and accountable, day in day out, year in year out for the fair treatment of their suppliers, employees, customers, shareholders and community as they focus on the organisation’s purpose and its shared values.

Now that sets a new high in the requirement of a leader and one we should be focusing on developing both within companies and in particular in our educational facilities.

And then, at last, I can see the death of corporate hubris!

I hear the outcry  “the purpose of a company is only to maximise value to its shareholders”. Well, look where that has got us: a continuing slew of corporate scandals, capitalism at its lowest standing, growing inequality, beaten-down and stressed-out employees. It absolutely must end.

While climate change may invoke strong feeling on all sides, there is no doubt that Generation Z, who will increasingly be a larger proportion of both the workforce and of leadership positions, won’t let this drop.

And ask yourself what kind of company do Gen Zers want to join – it’s clear, ones with a purpose and the planet in mind with  “woke”leaders. Where they don’t find this, they will be out of the door very quickly.

Those who don’t see this are the dinosaurs. But, on the positive side, how wonderful will it be to have the opportunity to be one of these new leaders.