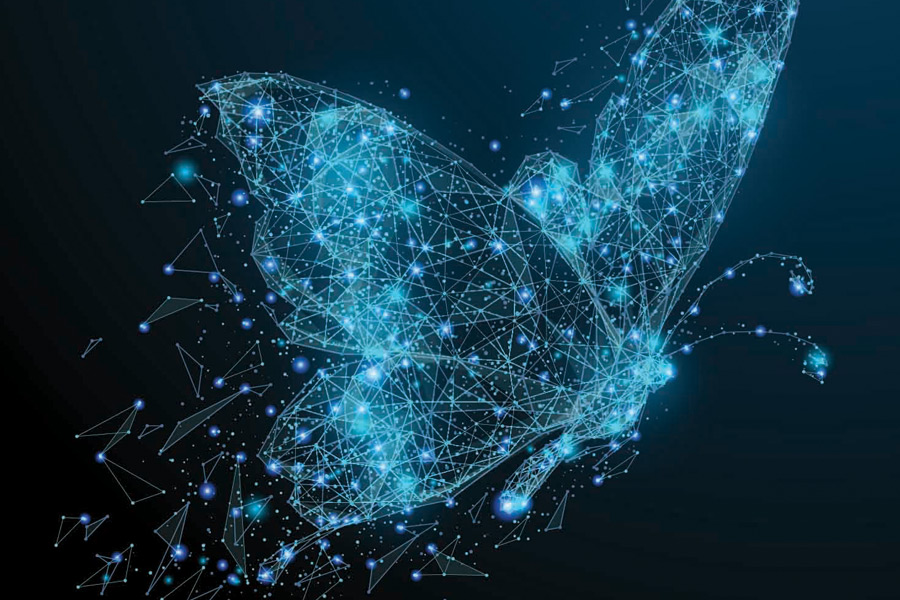 We are now experiencing an unprecedented disruption to working lives, from businesses closing and people being out of work, to people putting their lives on the line tackling the coronavirus crisis. Millions of people are now working from home and still managing to get the job done.

All the conventional views on how, when and where work can be performed are up for question. When we emerge from the crisis we are not going to simply resume ‘business as usual’. Leaders have been forced to make radical changes to their organisations, managers have had to trust people working from home and employees have learned to manage themselves. In the face of adversity, people have used their imagination and tried new ideas they would never have contemplated in normal times.

A key component of this enforced rethinking of work is managing by results. Leaders have had to ask themselves how to keep the wheels turning by redeploying resources. Managers have agreed with their staff the outcomes that are needed. We are learning rapidly that faced with a common cause and given freedom to come up with solutions, people can be very creative. The result is a new approach to work where people agree what is needed and are then encouraged to come up with creative solutions. We will have learned that trusting and empowering people is the key to higher productivity and that command and control cultures have been consigned to history.

We have spent the last 200 years building ever-more complex organisations. We have built up multinational empires blindly assuming that economies of scale are justifying the mega corporations. Exciting, innovative, organisations have been bought by the established players and their products absorbed into the corporate offering. You only have to look at the technology sector to see how power and profits are concentrated in a handful of top players.

All this is changing. A new breed of organisation is emerging that proves big is no longer beautiful and networks of small businesses have the edge. This provides a fundamental challenge to leaders whose power base relies on being at the head of an empire. There is a simple reason for this: smaller organisations are more creative, agile and, above all, more productive.

Productivity drives prosperity. Living standards are dependent on thriving economies and these come from work that produces output. Employers can afford to pay more if their employees generate more income or work more effectively. Yet leaders rarely focus on improving individual productivity, concentrating instead on the bottom line and controlling costs.

The model of work that prevailed in the 20th century is no longer fit for the 21st. It relied on employees being willing to do jobs defined by employers in hierarchical structures under a command-and-control regime.

In spite of the many “engagement” initiatives being run by managers it’s still impossible to get away from “top-down” leadership. The predominant pattern of work has still been made up of people performing jobs in exchange for a salary.

There has been a small shift towards self-employment as the “gig economy” starts to take hold but the inertia that exists in traditional organisations prevails. As we move further into the digital age this is likely to change.

Platforms such as Uber are the tip of an iceberg in the world of work.  They have shown that there is an alternative model that can be very effective and does not involve the overheads of a corporate structure.

We are measuring the wrong things

The problem with conventional employment is the reward system. People are paid by the hour. Even if they are not paid overtime for extra hours, they have a salary related to the time they spend working. Part-time workers are paid less than full-time employees on a pro-rata basis. The contract of employment states the hours someone works and the salary they earn. It doesn’t say anything about what they produce.

In this environment people who work long hours are seen to be the loyal, hard-working employees. They get promoted to senior positions as a reward. On the other hand, people who leave work early to get home are seen to be less valuable. As a result, we end up with long-hours work cultures and associated increases in stress levels.

But rewarding people for effort bears no relation to productivity. In fact it is the reverse. If we have two employees doing the same job to the same quality and one gets it done in a shorter time then by definition they are more productive.

We are clearly measuring the wrong things. We measure effort, or input, in hours, rather than measuring what is produced as output. Yet all jobs are created to achieve a result of some sort. So if we measure that, and reward people for actually doing work, not just making an effort, we will encourage productivity.

It is now becoming more visible

Take part-time work as an example. Our conventional payment systems reward people pro-rata. So the person who works half-time gets 50% of the salary of the full-time employee. Yet there is ample evidence to show that people do not produce results equally per hour in most jobs. They slow down as they get tired or they stretch the work out to fill the time available.

It is now quite common for parents, returning from parental leave, to request to work part- time. Managers who do not want to lose experienced employees are usually willing to say “yes” and will welcome them back perhaps for a four-day week. After a few months they review the situation and find that most, if not all, of the “full-time” results are still being achieved.

The employee has reacted positively to being able to take more time with their family and has been more motivated. They have probably cut out some time-wasting activities associated with the old way of working. And they have adjusted the way they work to make best use of the time available.

The manager is happy because he or she has an effective employee and is now only paying four-fifths of the salary. But eventually the employee realises they are being paid less than “full-time” colleagues for doing the same job. Yet they are clearly doing it in a more productive way. If they do not get rewarded equally they can be tempted to look around for a fairer system and take their talents elsewhere; or worse, stay and be a disrupter.

How can it be done differently?

An alternative to jobs and salaries is self-employment. By definition, someone running their own business is paid by results. The Uber driver is paid to take the passenger from A to B. But when conventional views of work are applied there is a problem. Small companies have some chance of measuring people on the impact they have on the business as a whole but as they grow this becomes more complicated.

Take the example of two people who run their own replacement windows business. They get appointments, visit the customer, estimate price and sell the job. They design, make and install the windows.  They also do their own invoicing and accounts paperwork and produce five windows a week.

Soon the business starts to grow and they need to recruit more people. First, they hire a PA to organise things; then a surveyor to do estimates; and a sales person to bring in the business. Soon they need more production people, a quality controller and an accounts department. By the time they have a staff of 40 people they are producing 80 windows a week and are proud of their increase in productivity.

But by measuring output per employee we find that productivity has decreased. The two of them produced five windows a week. So with 40 employees they should be producing 100 a week but are only managing 80.

Clearly this is because very few of the staff now actually make windows.  They are all busy carrying out their important specialist functions and attending meetings with other staff members. But they have lost sight of the bigger picture. There has to be a better way to grow a business and maintain productivity.

Where are we going?

In the interest of productivity we are likely to see many more small businesses in the future without the overhead burdens associated with specialist departments. Technology will allow people to perform work directly for customers and be paid for their services not for their time. And there will be a revolution in the way work is distributed within companies, creating multi-skilled jobs for employees with broad responsibilities, buying in specialist support only when needed.

Somehow we have to cut back the wasted energy going into running an organisation. We have to stop divisions and departments fighting each other for resources, focusing on their own narrow goals and ignoring the impact on the business as a whole. But how do we do this?

One way is to reverse the specialisation trend. Keep jobs as broad as possible, which makes them more interesting and engaging for the people concerned. There are now examples of this type of structure emerging, starting with self-managing teams.

These organisations have found a way to genuinely empower people. The employees making the product or delivering the service are not supporting layers of overhead or having to comply with policies, procedures, rules and regulations passed down from above. They are free to work the way that suits them best.

They feel that they “own” the business because they can influence everything happening from customer contact and selling through to production and delivery of the product. They are also rewarded for achieving results and not just for putting in effort.

What does this mean for leaders?

The leaders of today’s organisations are not about to admit that there may be a viable alternative to the traditional model of control. They have a vested interest in keeping their hierarchies intact and they look to the growth of their empires as a sign of success.

There is strong evidence that delegating power down the organisation can dramatically increase productivity. But this means admitting that people are quite capable of managing themselves and left to do this will find much more productive ways to work.

It takes a brave leader to let go of control and trust people to get on with the job. Maybe this is why there are so few examples of genuine self-managed teams or individuals at the moment.

The day of reckoning for many leaders is not far away. As self-managing teams develop into self-directing units the need for guidance goes down. As fixed organisations evolve into networks of individuals the need for a structured work environment decreases. And as high-performance teams prove to be more productive than traditional structures, task orientated managers will become redundant.

True leadership will survive by creating organisational cultures that reward productivity and trust people to make decisions for themselves. Leaders who don’t get this message will rapidly find themselves the dinosaurs of the digital age.