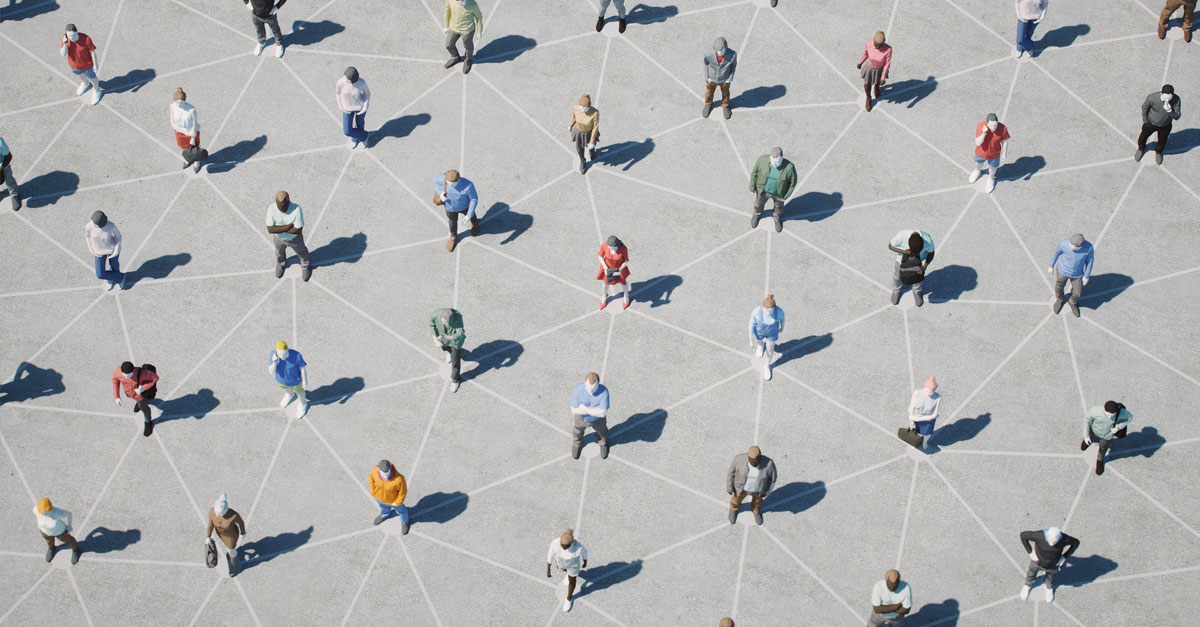 Listen to: What role will HR adopt in the new world of work and business? by Mark Thomas

COVID-19 has had a devastating impact on the world. Governments and businesses have been challenged as never before. Leaders are struggling to not only manage the immediate, but also the long-term impact for their businesses. The crisis has dramatically exposed many businesses for their lack of any kind of organisational resilience. As customer demand evaporated, Zombie companies saddled with enormous layers of debt and a lack of cash reserves expired almost overnight. A survey by the UK Office of National Statistics (ONS) reported that over 50% of UK businesses only had enough cash to last six months! Consequently, the challenge of developing organisation resilience and sustainability is now top of the leadership agenda. One important question linked to this challenge is, what role will HR play in shaping the new world of business and work?

For a long time, the HR profession has struggled with a brand and identity issue. What is HR’s role? Is it strategic enough? How does it add value? Since the early 2000s, American academic and consultant Dave Ulrich championed a model that has influenced most of the world’s HR functions. By illustrating how effective people management strategies can result in increased shareholder value, Ulrich advocated a distinctive set of roles for the function. Whilst Ulrich’s business partner model was universally adopted, it is debatable whether it produced the desired outcome of putting HR at the centre of organisations. Some detractors have argued that Ulrich’s model made HR more difficult to do business with! Others have argued that it resulted in a de-skilling of the function, as traditional roles were deconstructed and outsourced.

The HR function also has a long history of fad surfing; endlessly seeking what’s new as opposed to focusing on business fundamentals. Many functions have proved themselves slow when rising to opportunities that have placed peopleat the centre of the business agenda. Whether through movements such as customer service, quality or, more recently, ‘lean’ and ‘agile’, HR has often allowed other functions such as engineering or information technology to seize the initiative and champion the approach. The consequence has been to further fuel the debate about HR’s ability to demonstrate a value-added contribution.

There is little doubt that HR functions have been working 24/7 to address the restructuring challenges and ‘terms and conditions’ fallout of the coronavirus. Many airline, retail, service and hospitality businesses are on ‘life support’. Companies are having to succumb to the brutal commercial imperatives of reducing costs and preserving cash at all costs. Severe restructuring programmes are ongoing and result in many staff experiencing ‘victim or survivor’ trauma.

Whilst this is an immediate and inevitable consequence of the crisis, HR professionals need to be alert and keep their eyes on the bigger picture. The current default position of severe cost cutting and headcount reduction may not be sufficient to guarantee long term survival. Many companies currently disappearing are products of failed markets, leadership and business models; many were in deep difficulties before the crisis. The virus simply pushed them over the edge!

Amidst the brutal restructuring, the current crisis has also, rather ironically, placed people at the centre of organisations and redefined who the ‘most valued and important people’ are! Amidst the savage cost cutting, eternal issues such as trust, openness and transparency are fast re-emerging. Protecting the health and safety of staff will be key to generating future loyalty and emotional engagement; key differentiators for the winning businesses of the future.

People are also asking “how did our leaders do during the crisis?” Answers to this question will have a huge impact on the return of many businesses to the new world. Traditional style leaders will be tested by a new agenda of stakeholder capitalism that elevates the environment, social contribution and justice, to new heights. Paying lip service will no longer suffice. One of the world’s most successful capitalists, Larry Fink, founder of BlackRock, is recently quoted as saying, “Going forward, there is going to be a lot more focus on society, customers, clients, family and employees.” Developing future organisational capability, sustainability and success in that agenda is something towards which many high-quality HR professionals can contribute.

But it’s going to be a tough task for HR professionals, and some are perhaps already falling into the trap of old-style HR. The financial and economic pressures are already drowning out calls for a ‘new way’ of operating. Leadership mindsets pre-occupied with short term survival, coupled with spreadsheet myopia, will look to silence radical discussions about new business, organisation or people agendas. Yet we know that resilient organisations don’t simply survive over the long term, they also prosper, develop and grow. A key learning of the crisis is that it is people that are at the heart of organisations. It is people on the intensive care ward, the supermarket checkout, the refuse truck and transport depot that have made the critical difference; not leaders or middle managers but people in the engine room.

In recent times, HR’s thought leadershipagenda has been dominated by themes involving purposeful roles, fluid and flexible working contracts and enhanced learning and development opportunities. The HR community has consistently stressed the need to develop fully engaged and resilient employees with a view to developing agile teams to produce high-performance organisations. The HR toolbox of the last decade is ideally suited to a new world of work and business. Many companies that have been successfully navigating the crisis have displayed these capabilities and attributes; underpinned by a strong sense of people power that has responded to the demands of the crisis.

Some of the Critical Questions HR Will Need to Facilitate

A cursory examination of HR’s recent playbook of programmes and offerings reveals that it has a lot to offer in terms of building new organisational capability and resilience, in a post-Covid world:

So how does HR rise to the challenge? Firstly, HR leaders and professionals need to set out a challenging and ambitious agenda within their organisations. They need to alert their leadership teams to the dangers of falling into the trap of a ‘business as usual’ model and inertia. All aspects of the business and organisation need to be subject to intense review. Extracting full learning from the crisis will demand a new culture of powerful conversations that “speak truth to power” and seek to confront all aspects of how a business operates. HR leaders and professionals need to play a central role in structuring and facilitating these conversations at all levels of their organisation. The outputs of which will form the basis of a new way of generating customer value and engaging with all key stakeholders.

The great COVID-19 experiment of working from home has shown that most people can be trusted to do the right thing. So, HR professionals will need to champion and implement their full repertoire of tools to help facilitate an engaged and motivated workforce for a new era of working life. Greater levels of flexibility and approach to all aspects of people management will need to become the default position. HR will need to move from a ‘one size fits all’ approach to a new personalised level of staff engagement where the individual as opposed to the group need is satisfied. HR leaders will have a critical role in leading from the front and influencing their wider leadership colleagues on the benefits of a new type of work-employee agenda.

Equipped with a highly appropriate and resourceful toolbox of people and organisational solutions for a post-Covid world, HR professionals have an amazing opportunity to pursue an agenda and journey of creative destruction and reinvention. The ultimate goal being a successful, resilient and sustainable organisation underpinned with a real sense of purpose and fully engaged people. Time will tell if HR can rise to the challenge.